Palma is considered one of the best cities in the world to visit and discover. The island offers a privileged climate throughout the year, paradisiacal beaches with crystal clear waters and white sand, important examples of historical heritage and architecture, a cosmopolitan atmosphere with a varied offer of leisure, culture and entertainment, and of course a delicious gastronomy based on the traditional Mediterranean diet. All these incentives make every year thousands of travelers choose the city as their reference tourist destination. Among the places that you cannot miss, the following stand out. 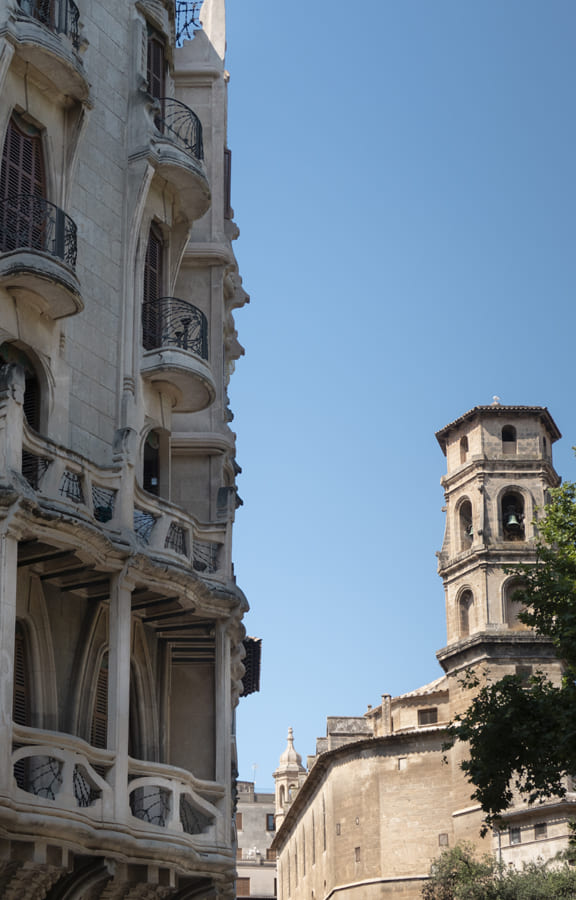 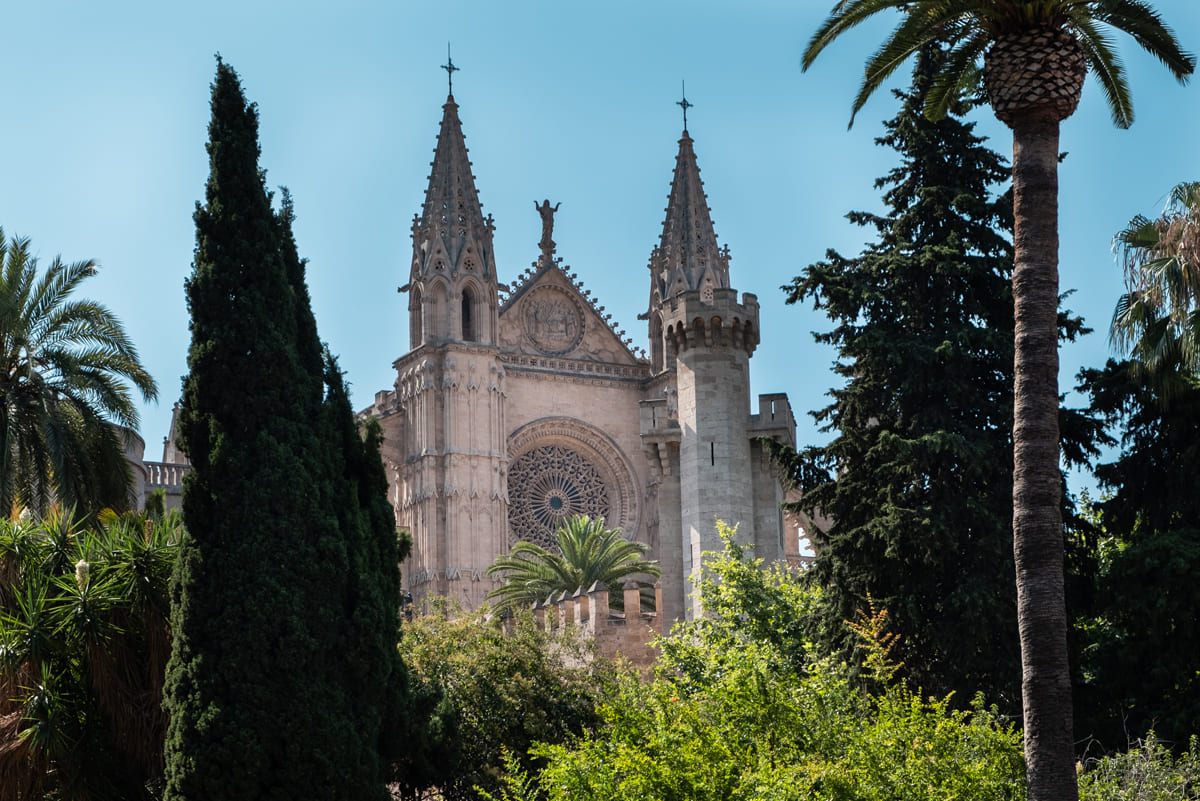 Palma Cathedral, also known as “La Seu”, is the most important religious temple of the Balearic Islands. It was built in 1229 on the shore of the Bahia de Palma and is currently separated from it by the spectacular Paseo Marítimo and by the Parc de la Mar, ideal areas for walking or having a drink feeling the sea breeze up close. The Cathedral, in Mediterranean Gothic style, can be seen in the distance from various points of the city, forming an iconic photograph of our landscape.

It causes sensation for its large dimensions and for having the largest Gothic-style rose window in the world (13 meters in diameter). After admiring the details of the Portal del Mirador, you can go inside to contemplate the colors of light that pass through the rose window and stained glass windows, the imposing and slender columns of more than 20 meters, the original chapel of the Most Holy of Miquel Barceló and the touch left by Gaudí in the reform he made in the early twentieth century. 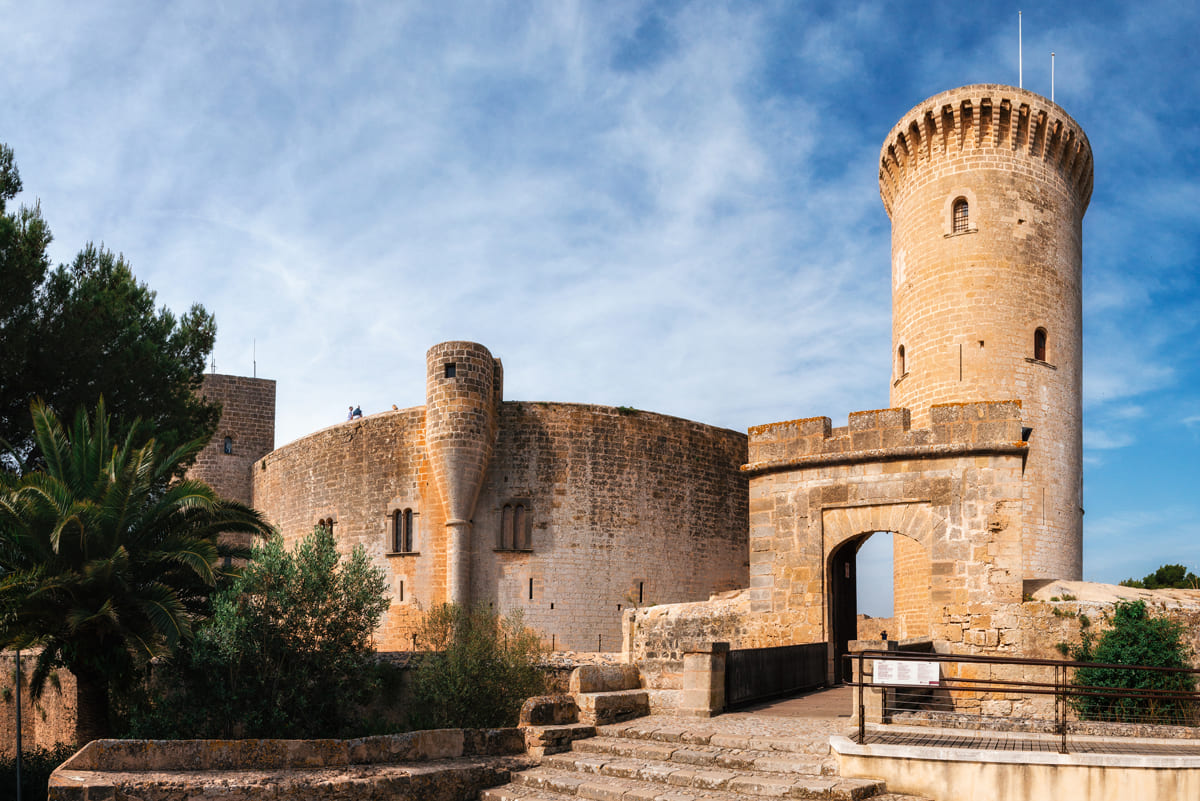 Bellver Castle is located 3 kilometers from the historic center, on a hill surrounded by green areas, 112 meters above sea level, and is another indispensable place to visit in Palma de Mallorca.

This Gothic fortification built in the early fourteenth century, stands out for its circular floor plan with three semi-detached towers and a homage tower, also circular, separated from the rest.

It is worth entering inside to see the spectacular circular central courtyard and visit the Museum of History of the City, which has a terrace from where you will have the best panoramic views of the city, the port and its bay. 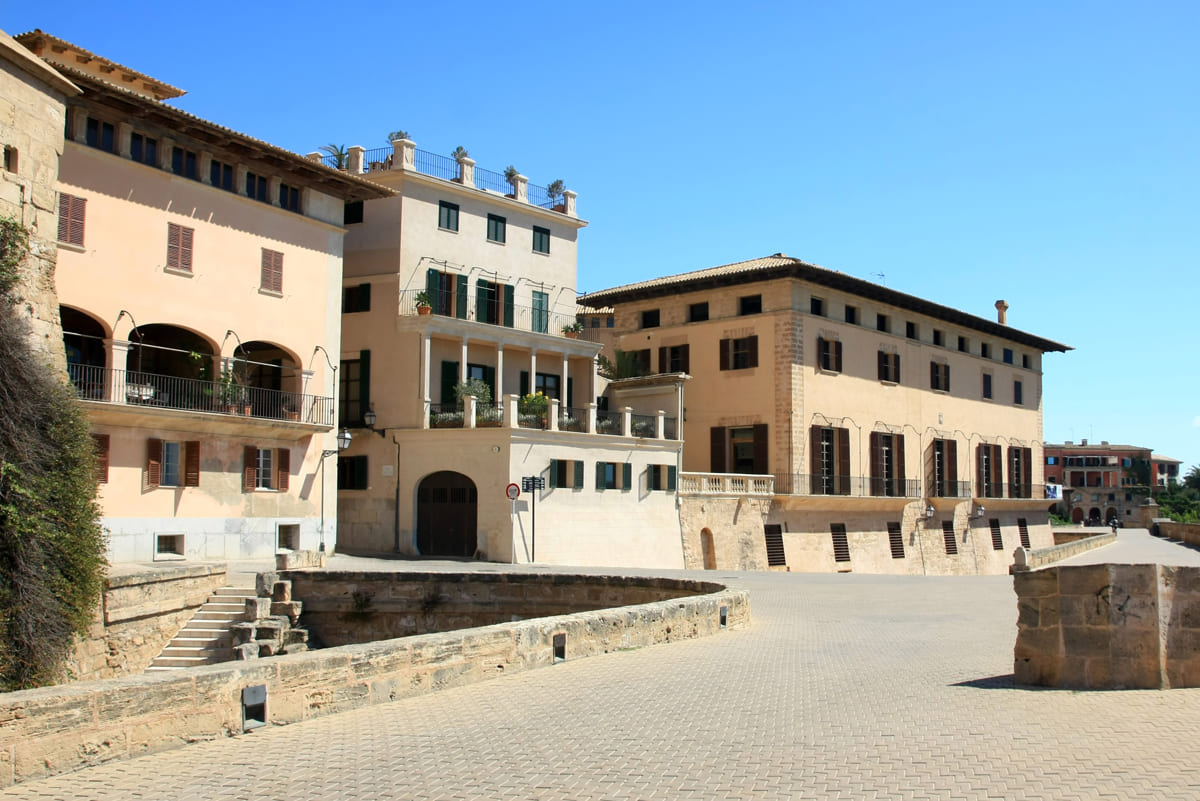 Get lost in the cobblestone alleys of the old town and discover charming places such as the Bishop’s garden, the Arabian baths, the Plaza Mayor, which is surrounded by important historic buildings, the Church of San Miguel or the Town Hall Square, with its characteristic centenary olive tree.

Let yourself be seduced by the stately homes of the city, which are an authentic haven of peace, such as Can Alemany, Can Ferragut or Can Olesa, and then continue your route to the old wall in the area of the Es Baluard Museum, from where there are privileged views of the Paseo Marítimo and the Cathedral.

To finish the route, you can take a walk along the commercial street of San Miguel, where you will find all kinds of shops the Convent of Sant Antoni de Palma and the emblematic Mercado del Olivar. 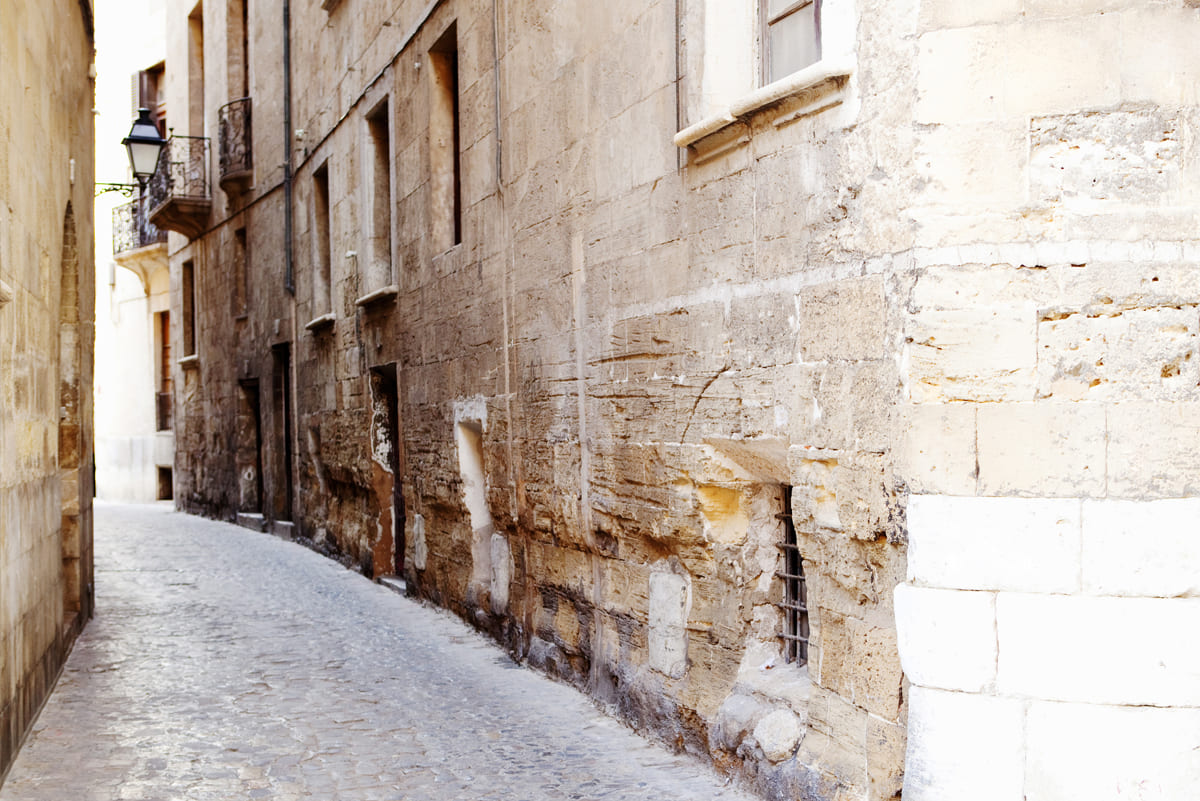 The old Jewish quarter, originally known as “El Call”, still retains the interesting legacy of this community, and forms another of the highlights in Palma de Mallorca.

Its past is glimpsed by walking or through the narrow streets of Sol, Montesión, ―where the ancient synagogue, now Church of―Montesión was located, of the Vent, Torre de l’Amor and Seminari Vell,until reaching the Porta d’es Camp.

After being expelled in the 15th century or forced to convert to Christianity, some of them continued to keep their customs secret and some of the most common Majorcan surnames such as Miró or Fortesa still remember their passage through the city. 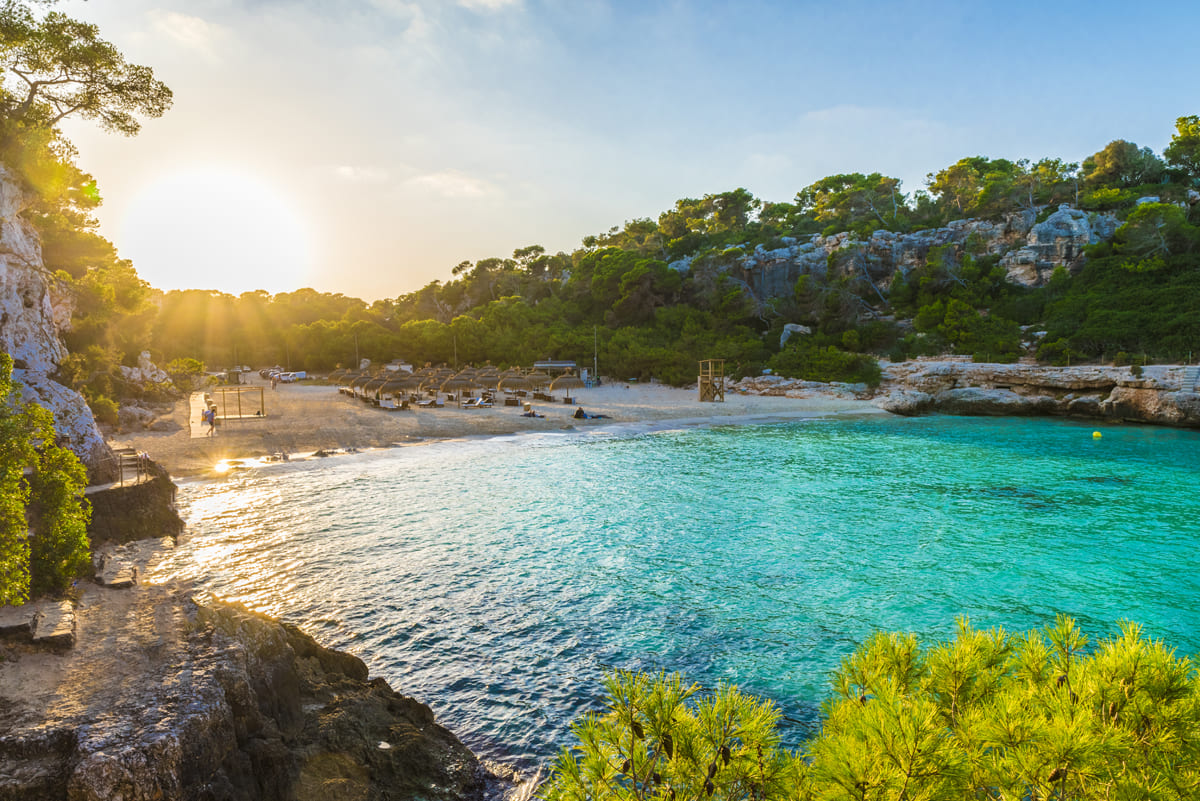 NEARBY AND PARADISIACAL BEACHES

If you want to take a break from the most cultural visits and take a dip in one of the beaches of Palma de Mallorca, you can approach Playa de Palma, Ciudad Jardín, Cala Mayor or Illetas. They are urban beaches, easily accessible and comfortable, with countless services.

Although if o you are looking for beaches with crystal clear waters more inaccessible and surrounded by a fantastic natural environment, we recommend renting a car and heading to Es Trenc, Playas de Muro, Cala Mondragó, Sa Calobra, Playa de Formentor, Es Carbó or Cala Mesquida, considered one of the best beaches in Mallorca. 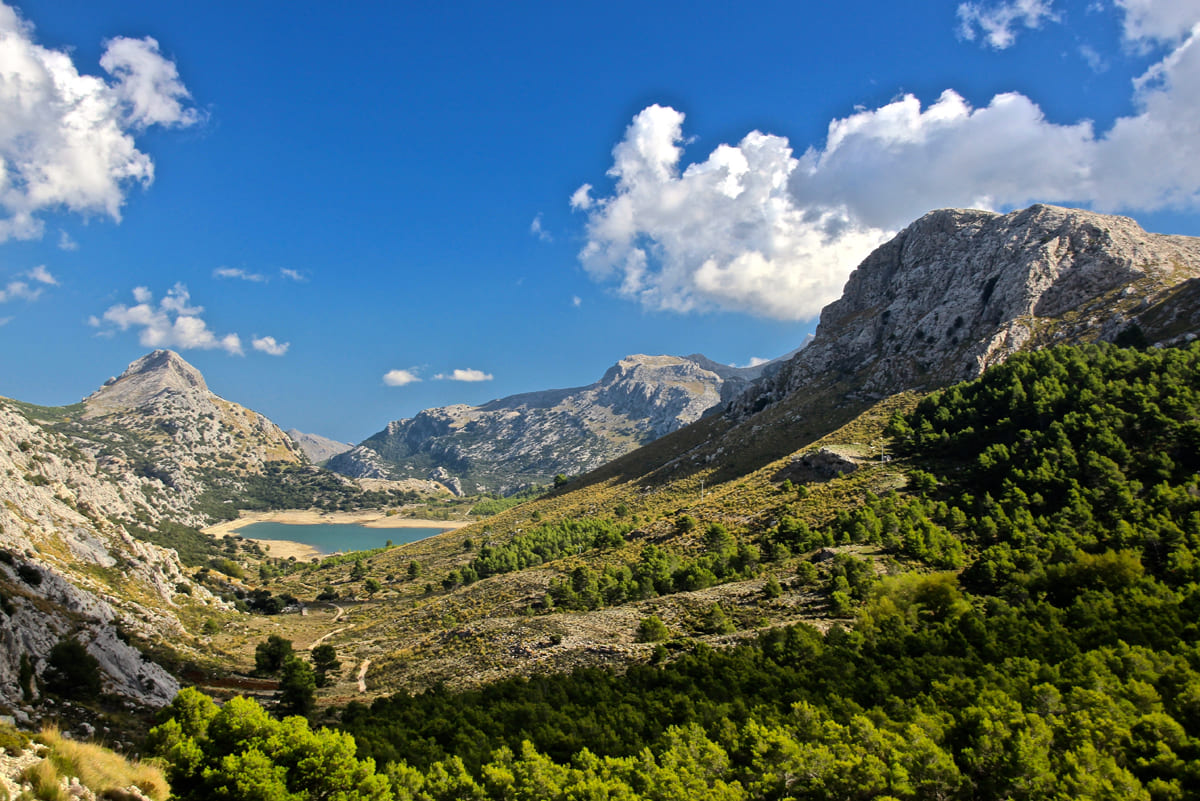 The Serra de Tramuntana is the main mountain range of the Balearic Islands and was declared a World Heritage Site by Unesco in the category of Cultural Landscape in 2011. In the Serra there is a balance between the wild nature and the elements of human action, such as the paths of “pedra en sec”, Mallorcan possessions, fortifications, hydraulic heritage and various goods of cultural and heritage interest.

Serra de Tramuntana is the northwest end of Mallorca. It extends along 90km and through 20 villages. —Alaró, Andratx, Banyalbufar, Bunyola, Calvià, Campanet, Deià, Escorca, Esporles, Estellencs, Fornalutx, Lloseta, Mancor de la Vall, Pollença, Puigpunyent, Santa Maria del Camí, Selva, Sóller y Valldemossa—. Each one of them with its own particular charm. It is very recommendable to get lost in their streets, discover their local shops, typical products, culture and tradition.